Is St Lucia the new Jamaica?

At the beginning of July the St Lucia Tourism Authority announced to the world that the island had been accepted into an exclusive portfolio of holiday destinations favours by Virtuoso, the luxury travel advisers.

Next week, for the first time ever, St Lucia is participating in Virtuoso Travel Week 2018, a travel industry event taking place in Las Vegas, Nevada.

But as St Lucia seeks to become a more mainstream destination, it’s important to keep in mind that it shares more in common with its neighbours than just soft sands and sunny skies. 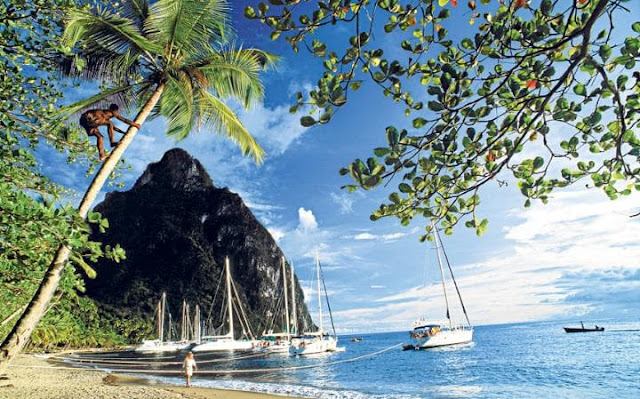 St Lucia has long been touted as the hidden gem of Caribbean holiday destinations. The staggering beauty of its landscape, the Piton Mountains, tropical rain forests and secluded bays regularly puts it on listicles as a hidden piece of paradise.

Now, the St Lucia Tourism Board has been successful in broadening the appeal of the Island beyond newlyweds, with unique attractions like the Jazz Festival and drive-in Volcano providing more opportunity to a wider variety of tourists.

Although while the dangers of vacationing in countries like Jamaica is common knowledge, the sun soaked destination of St Lucia is no utopia. Just like Jamaica, it has an overstretched and under resourced justice system that has allowed gangs to gain a foothold and threaten the stability of St Lucia’s tourism industry.

While locals of both islands are much more likely to fall victim to violent crime, there’s an eerie similarity between murder cases involving overseas visitors and on ongoing underlying threat to tourists.

Headlines were made earlier this year when recently retired grandparents Charlie and Gayle Anderson were murdered at their home in Jamaica. Authorities believe they were deliberately targeted, probably because they were perceived to have wealth, just like the ‘yachties’ commonly visiting St Lucia.

There are also striking parallels with the murder of Elias Louisy, the 73 year old British retiree who was critically injured in a machete attack at his home close to Vieux Fort. His wife, Muriel, was hospitalised in the same attack.

The progress in bringing criminals to justice is equally laborious.  More than seven years since his murder, Henry Clarke’s family are still met by a wall of silence from both the UK Foreign Office and the police in Jamaica about the progress of the investigation. A similar battle is being fought by the family of Oliver Gobat, a British national murdered in St Lucia back in 2014, who’ve criticised the Home Office for failing to follow up on “clear lines of enquiry.”

The awareness of the Jamaican government’s failure to stem the tide of murders is much more in the public eye primarily due to the state of public emergency applied to the Parish of St James in January. Also, the raw figures are lopsided as Jamaica's population is more the 16 times that of St Lucia. However, the homicide rate per capita of both countries is enough to push them into the ninetieth percentile of most dangerous destinations.

Authorities on both islands blame gang activity for the high rates of murder and gun crime. The carnage of crime sees countless young lives wasted and families devastated, and all too frequently innocent bystanders get caught up in the attacks. The cultures of crime on both islands that permit gangland turf wars to run amok, also contributes to epidemic levels of robberies and violent attacks on tourists.

This prevalence of gangland violence creates huge problems for delivering justice for anyone. Police forces on both islands are overwhelmed, there are unsolved cases going back decades that there simply isn’t the resource to investigate many of them properly.

The court systems are clogged up, so even the most cut and dry cases can take years to come to fruition. Justice delayed is justice denied, it leads to greater mistrust of the justice system and does nothing for the rehabilitation of offenders. This contributes to the spiral of decline that requires a major systemic intervention to address.

We don’t want you to disregard St Lucia as a holiday destination, but we do want to give you the full and frankly realistic picture. Just like Jamaica, terrible things happen to tourists with alarming regularity in St Lucia and the authorities on the island are struggling to deal with it. Only through sustained pressure will the authorities make the investments and improvements necessary for its justice system to halt the island’s spiral of decline and ensure justice is done in a timely way for all victims of crime.

It’s only through these improvements that holidaymakers will develop confidence to visit and invest in a country with so much beauty and so much to offer.