St Lucia's criminal courts remain closed as work to address security concerns, which should taken place over the summer break, has not even started. 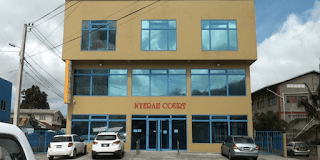 Reports in the St Lucia STAR reveal an ongoing row between the owners of the Nyerah Court building and St Lucian Government officials about the cost of renovations.

In the meantime, justice has stalled on the island. As the daughter of one murder victim said: “This shows a total disregard for all those affected by crime who cling to a hope for justice. This is absolutely disgraceful and in the meantime crime continues, more citizens being killed.”