We were shocked and saddened to discover that there has been another murder in St Lucia. According to reports, 73 year old Elias Louisy died in hospital as a result of machete attack at his house in Desruisseaux, a village close to Vieux Fort. We understand that his wife, Muriel, remains in a stable condition in hospital after also being attacked. 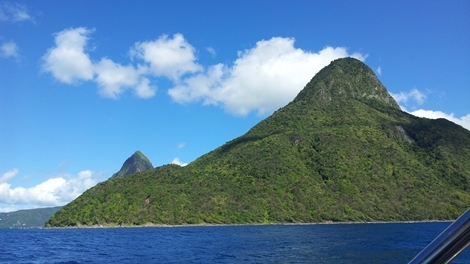 It is the eleventh homicide we are aware of this year (although local authorities are claiming it is the tenth) and the fourth in the last month. There are those in St Lucia who claim the island's current violent crime epidemic is due to gangland activity. It is clear that Elias and Muriel are not part of St Lucia's dangerous underworld.

The murder has received international media attention as the couple are British citizens and the circumstances are particularly shocking. Elias and Muriel, pensioners who retired to St Lucia from their lives in London several years ago, were attacked in their own home by a gang of machete wielding masked men.

Initial reports suggested that the attack happened during an attempted robbery at the victim's home, although there has since been speculation that the couple were targeted as part of a land dispute.

The attacks bears a chilling resemblance to the 2011 murder of Gloria Greenwood, another British retiree, who was murdered in her garden in Marisule, St Lucia, during an attempted burglary. Seven years later, no one has yet faced justice for that brutal attack, even though a prime suspect was arrested shortly afterwards and there was compelling evidence against them.

We extend our sympathies and condolences to the Louisy family. We know what you are going through.
Labels: Desruisseaux Gloria Greenwood murder St Lucia Vieux Fort