A dreadful month for murders in St Lucia 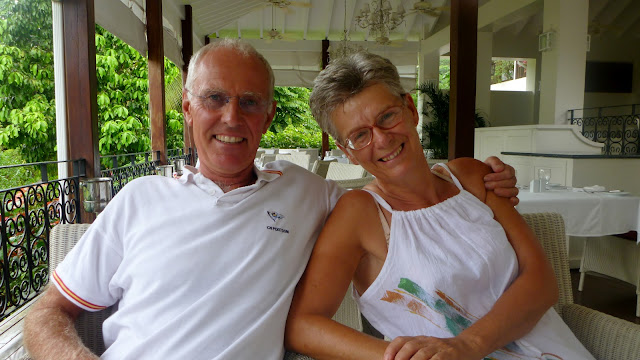 Good morning. My name is Margaret Pratt and I’m talking to you today after the murder, in January 2014, that’s four and a half years ago now, of my husband Roger in St Lucia.

Ever since then I’ve been campaigning along with my many supporters and friends to get resolution of this case and of others awaiting justice through the St Lucia judicial system.

It has been a dreadful month for murders in St Lucia. At least seven people have been murdered. There has been a particularly nasty incident of a British pensioner who lived near Vieux Fort, where Roger was murdered, who was attacked and killed with a machete.

I’m just so desperately sorry for the family concerned, for their friends and loved ones. It reinforces my view about the danger that there is inherent in St Lucia, which of course is exacerbated by the inability of the judicial system and the criminal justice system to move in a speedy and timely way.

The have been a number of reports in the British press that seem to indicate that people believe increasingly that it is a dangerous place. Also, there has been some cartoons in the St Lucia press which indicate again that the speed of the justice system is almost being seen as something that’s almost a joke.

With the St Lucia courts closed for refurbishment and updating on their security there has really been very little progress on the case over the last month. Nothing much seems to be happening. We are still waiting for updates on the forensic evidence. There is a lot of forensic evidence dating back to January 2014.

I’m hoping that as and when the courts start to resume there will be the opportunity for an update status hearing so that the DPP, whom I know is very committed to moving this forward as quickly as possible, can make some progress.

The other thing that I’ve done over the past month has been to clarify my position on the issue of violence in St Lucia. The Foreign & Commonwealth Office contacted us to ask us to update and clarify what they considered might be a misrepresentation of their advice to tourists and others in St Lucia, which of course I was happy to do because I’ve no wish to cause more confusion.

Their advice is really clear: it advises people to be vigilant at all times, to avoid isolated areas - including beaches - especially after dark and to take particular care at late night street parties especially during the festival season.

The festival season is now in full swing, I bet it will be fun, but - personally from me - just take care and be aware of this advice from the FCO.