How should St Lucia solve its violent crime problem? 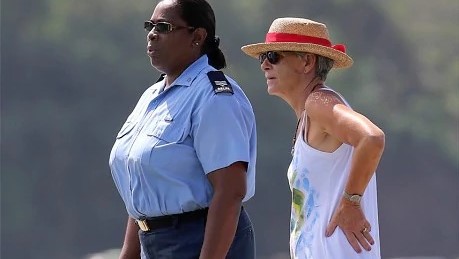 That New York’s authorities were able to arrest the violent decline it experienced in the 1980s, address the crime situation and rebuild its reputation should provide insight and inspiration for those charged with solving St Lucia’s problems today.

While simply putting more people in jail and keeping them there for longer is not necessarily the answer (the rate of imprisonment actually fell by 28% in New York between 1990 and 2009). St Lucia needs to invest in its police force and ensure they are focused on the biggest problems facing the island. If drugs and gangland crime are really the major cause of problems on St Lucia then St Lucia needs to get much better at addressing these problems head on.

Secondly, St Lucia needs to significantly strengthen its judicial system with the additional capacity and capability required to ensure justice is done in a timely and efficient manner for everyone. It makes no sense at all for people held on relatively minor charges to be held for months and even years on end to face trial. That will only breed resentment, harm rehabilitation efforts and increase the chances of people committing more serious crimes in the future.  The system should be streamlined so these cases can be dealt with quickly and allow valuable resources to be focused on more serious offences.

Thirdly, we need to see a coordinated effort at reducing crime in St Lucia. It is in everyone’s interest for St Lucia’s violent crime epidemic to end and the island’s reputation to be restored on the world stage. There needs to be action from Government, not simply words. There needs to be a zero-tolerance attitude towards any form of violent crime across society and St Lucian’s need to trust that the police will act on information they provide if St Lucia is to become safe and prosperous again.

Clearly there is a cost to making such radical improvements. A start would be to divert some of the millions of dollars spent on marketing St Lucia to making the changes that would benefit everyone – St Lucian residents and tourists alike. New York discovered that not only did such investment pay off in terms of crime reduction but that tourism BOOMED when people realised it was safe to travel there.

“Kill two birds with one stone” might be an apt phrase here. Prime Minister Allen Chastanet  – seize the opportunity!