What caused crime rates to fall in New York? 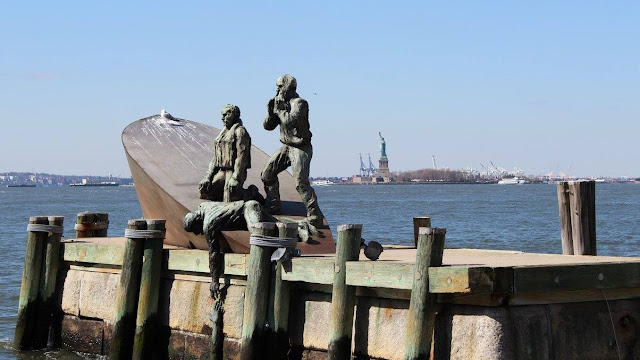 New York was racked with crime during the 1980s. The city had one of the worst murder rates in the world; open-air drug markets operated in the heart of Manhattan; major bus and railway stations were magnets for beggars, drunks, thieves and drug addicts; and people abandoned the subway fearing New York’s notorious gangs.

What followed through the 1990s, however, was a decade of significant progress as crime rates dropped dramatically in New York City. This coincided with a period of huge investment in policing, as the New York Police Department (NYPD) brought enormous capacities to bear.

Economists Steven D. Levitt and Stephen J. Dubner highlight that between 1991 and 2001 the NYPD grew by 45%, more than three times the national average. They noted that increasing police numbers had long been a proven strategy for cutting crime, and that the expansion of the NYPD over this period could conservatively have been expected to reduce crime by 18% relative to the national average.

Criminologist George L. Kelling, suggests that it wasn’t simply the expansion of the police that made such a big difference - earlier high-visibility strategies had done little to reduce crime - but that the extra resources were targeted where they were needed the most: the worst neighbourhoods and the narcotics markets that perpetuated so much of the violent crime.

The decision to focus on the drugs trade and the worst crime hotspots were driven by statistical analysis that identified patterns in where crimes were occurring. However, the NYPD was also smart enough to realise that this data alone wasn’t going to deliver changes on the streets. Local commanders were held accountable for reducing crime in their own areas and front-line police officers were inspired with a clear vision of what the NYPD was seeking to achieve and how their actions contributed to that.

Operationally, there was also more aggressive policing of lower-level crimes. Former Mayor Rudolph Giuliani’s administration maintained that a climate tolerating low-level crimes such as graffiti and fare jumping on the subway was more likely to tolerate violent crimes and murder.

This crackdown on petty crimes saw the number of misdemeanor cases being dealt with by the courts soar, putting significant pressure on the city's criminal justice system and jails. It became routine for defendants on relatively minor charges to be held for four or five days before being bailed, necessitating the use of 24-hour arraignment courts to avoid backlogs of cases.

Jack Maple, who pioneered the NYPD’s use of statistical analysis in his role as Deputy Police Commissioner for Crime Control Strategies, later revealed that getting tough on lower levels offences helped reduce crime rates in marginal neighbourhoods at risk of becoming hotspots, but that the greatest results were achieved by focusing on neighbourhoods with the highest rates of violence.

He said that the ‘broken-windows’ policy, which saw huge numbers of people arrested for relatively minor offences such marijuana possession, was actually a pretext for taking suspicious persons off the streets. Such tactics were used not because marijuana offences were a priority, but to gain the opportunity to discover whether the person they had arrested was wanted for more serious offences.

This view was supported in Carrots, Sticks and Broken Windows, a research paper identifying several factors that could have affected New York’s crime rates. The analysis produced by authors Hope Corman and Naci Mocan found that getting tough on lower level offences had some effect, but not nearly as much as increasing arrest rates for more serious felony crimes.

Of all the factors they analysed, Corman and Mocan concluded that felony arrest rates, which increased by between 50% and 70% (excluding motor vehicle offences) during the 1990s, offered the best explanation for New York’s falling crime rates.