Will Prince Charles be able to help the real St Lucia?

The Prince of Wales and Duchess of Cornwall will visit St Lucia on 17th March to celebrate its 40th anniversary of independence. The trip is the perfect opportunity to highlight what the island has to offer. 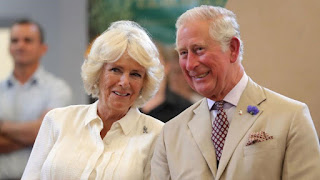 St Lucia is the first stop for their Royal Highnesses, Charles and Camilla, who will tour the Caribbean for much of March. They will be welcomed by the Governor General of St Lucia, Sir Emmanuel Neville Cenac, and its Prime Minister, the Honourable Allen Michael Chastanet.

This is not the first time St Lucia has hosted royalty, the Prince of Wales visited the island in 1989 to commemorate the tenth anniversary. Each event is an opportunity to not only celebrate the island’s beautiful scenery and welcoming culture but to boost the tourist economy of the island.

The question has to be asked, however, whether the experience organised for the Prince of Wales will reveal any signs of the real St Lucia? Will the St Lucian authorities seek to offer only a high-end, ‘Insta-filtered’ tour as a way of selling more holidays? Will they reveal anything of the challenges that affect its poorest communities?

The poverty gap is marked in St Lucia. The exclusive hotels and beach resorts frequented by wealthy foreign visitors (and protected by armed guards and large walls) are just a short distance geographically from some of the most deprived communities in the Commonwealth, but a whole world away in comprehension.

Most visitors are shielded from the gangland activity and violent crime that is endemic in St Lucia. They don’t read about the murders reported in the local media with alarming regularity. It is only when the worlds of tourist wealth and local poverty collide with tragic human consequences that the international media takes an interest.

And it is only those that are caught up in the tragicomedy that is the St Lucian justice system that can truly comprehend its inability to address the violent crime epidemic and bring people to justice. The nine month closure of the entire St Lucian criminal courts, which has been followed by industrial action from the island’s public servants, means that there are almost 100 murder cases stuck in the St Lucia courts. Some of these date back over a decade.

For each of these cases there is a family that wants answers and closure after the death of a loved one, as well as people who remain incarcerated in an overcrowded jail without trial.

We do not seek to deny St Lucia the opportunity to celebrate the anniversary of its independence or capitalize on the PR opportunities afforded to the island by this royal visit. We would simply ask that the Prince of Wales and Duchess of Cornwall not be given a highly sanitized view of the island.

Focusing only on the glamorous side of St Lucia will help those involved in the tourist trade but do nothing to fix its failing justice system, which frustrates so many and is impotent to address the cycle of gangland violence that has swept the island. It will also do nothing to address the poverty and lack of opportunity that haunts so many in St Lucia and feeds its spiral of criminality.